Prior to pursuing his undergraduate studies in behavioral neuroscience and biochemistry at Memorial University of Newfoundland, Supul graduated from Rundle College in 2017. He began his Rundle journey in grade 6 and throughout his seven years at Rundle was an endearing member of our community as he grew from a curious boy into a respected young man. Never one to be idle, Supul was a very engaged student involved with athletic teams, including volleyball, badminton and rugby. He sought to bring positive change through his involvement with co-curricular, humanitarian clubs such as CAUSE and Peer Support. With his kind and compassionate nature, he was also a very active volunteer in every community that he lived in. Supul also had a passion and talent for music and enjoyed being a part of the concert band and jazz band with the saxophone as his instrument of choice.

Supul’s family invites the community to contribute to the Supul Jayasinghe Memorial Fund to establish a bursary/scholarship to assist Rundle College students with their annual tuition. It is their wish for other students to be able to have the same enjoyable educational experience Supul was able to have as part of the Rundle College community. 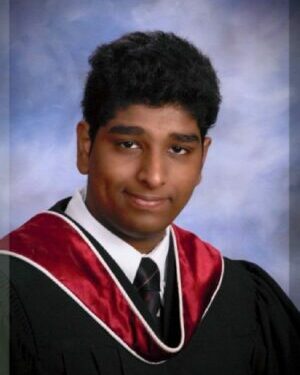 PLEASE GIVE IN MEMORY OF SUPUL